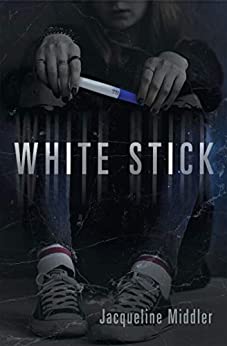 This blog was written by Jacqueline Middler who bravely shares her story of pain and forgiveness. She states so eloquently that grief comes in many forms and by finally giving it to God, she is forgiven and now uses her pain to help others.  Her prayer is that her story touches you and helps you.if you have faced a similar situation.

Grief comes in all forms and various ways. In my last almost 44 years, I have been faced with saying goodbye to people I love and friends I have met. The grief that came from my two abortions was something I was not prepared for. I was a 19-year-old college freshman who found out after months of unprotected sex that the worst possible thing had happened, I was pregnant. As I struggled with the decision to abort, I did not think about the traumatic effect it would have on my heart and soul. My thoughts were about how having this baby would ruin my life. I was 19 years old but had worked my butt off for the full scholarship and was finally on my own- running my own life. I had freedom. When I chose just ten short days after finding out I was pregnant to abort my baby, I did not understand I would be turning in my freedom for the shackles of shame and guilt.

After a serious of bad choices where I tried to numb my grief, pain, and guilt with drugs and alcohol, I found myself pregnant again. This time the decision was harder; I knew what it would do to my soul. In the end, I gave into fear and made the choice to abort. By the time I was 21, I had killed two babies and destroyed my life. I was on a course of destruction, hoping to punish myself enough to relieve my guilt. It was only after my loving God reached down and opened my heart to him that I was able to know I was forgiven. It would take me much longer to forgive myself.

This kind of trauma can take years to heal. I did not feel justified in my grief because I had made a choice to inflict it upon myself. I had made one wrong decision after another, and I was the only one responsible for it. After having three babies and two miscarriages, I was able to realize that although I am murdered, I am also forgiven and was able to forgive myself. I had to own what I did. Once I faced the darkest part of myself, I allowed the grief to come out, I cried and said goodbye to those sweet souls. My book White Stick takes the reader on my journey through Abortion and back. The end of the book has questions and answer section to help the reader understand their grief and heal. My heart is for women who have gone through this, not to feel alone. I will walk with you through redemption!

To read the full story, you can purchase Jacqueline’s book on Amazon using the link below.